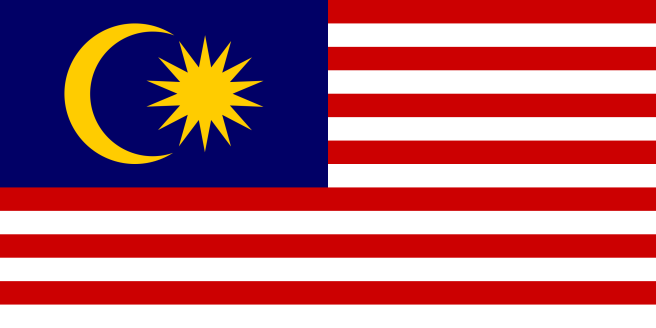 According to the 2010 census, there were 26,179 Americans of Malaysian background. Malaysian-Americans consist of people of a variety of ethnic origins, including Malay, Malaysian Chinese, Tamil, Banjar, Minangkabau, Indonesian, Iban, Filipino, Nepali, Tausūg, and Dusun. The state with the largest population of Malaysian-Americans is California; smaller populations live in New York, Texas, Illinois, Virginia, and Hawaii. In Los Angeles there is no official Malaysian enclave and the population tends to be rather diffuse.  Of the few recognizably Malaysian businesses in Los Angeles, nearly all are in the San Gabriel Valley. 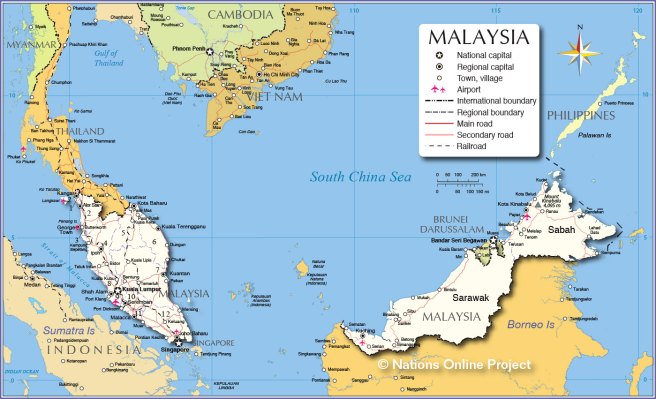 Malaysia is a federal constitutional monarchy located in Southeast Asia comprised of thirteen states and three federal territories. It has a total landmass of 329,847 square kilometers (making it only about 78% the size of California) and is separated by the South China Sea into Peninsular Malaysia and East Malaysia (Malaysian Borneo). Malaysia shares a border with Brunei, Indonesia, the Philippines, Singapore, Thailand, and Vietnam. The capital and largest city is Kuala Lumpur.

Evidence of modern human habitation in Malaysia dates back 40,000 years. Indians and Chinese arrived as early as the first century CE and established coastal ports in the second and third centuries. The people of the Malay Peninsula adopted both Hinduism and Buddhism. The concept of Malaysia has its origins in the Malay kingdoms.The Kingdom of Langkasuka arose around the second century and lasted until about the 15th century. Between the 7th and 13th centuries, much of the southern Malay Peninsula was part of the maritime Srivijaya Empire. Islam arrived via Arab, Central, and South Asians in the 14th century. In the early 15th century, Parameswara (also known as Iskandar Shah) founded the Malacca Sultanate. In 1511, Malacca was conquered by Portugal. Control transferred to the Dutch in 1641.

In the 18th century, Malaysia was colonized by the British Empire. The British conquered the town of Singapore in 1819 and in 1824 took control of Malacca. The Japanese Army conquered Malaya, North Borneo, Sarawak, and Singapore and occupied them for three years. The territories on Peninsular Malaysia were first unified as the Malayan Union in 1946. Malaya was restructured as the Federation of Malaya in 1948.  The Malayan Emergency, a long anti-insurgency campaign by Commonwealth troops in Malaya, lasted from 1948 to 1960. Malaysia achieved independence on 31 August 1957 (Hari Merdeka is one of the biggest holidays amongst Malaysians). Malaya united with North Borneo, Sarawak, and Singapore in 1963. In 1965, Singapore was expelled from the federation.

Long simmering racial strife culminated in the 13 May Race Riots in 1969 which scapegoated ethnic Chinese and led to the killing of an estimated 600 Malaysian citizens. In 1971, the government created the National Cultural Policy which defined Malaysian culture as deriving from the culture of the indigenous peoples of Malaysia (in other words not China, India, Indonesia, Arabia, Persia, the Netherlands, Thailand, Portugal, or the UK) — except for religion. Islam, though not indigenous, was also declared intrinsic to Malaysian identity.

In the US, the Immigration and Nationality Act of 1965 (which abolished the National Origins Formula and thus opened up immigration to large number of Asian immigrants) was enacted in 1968, just in time to receive the mostly-Chinese refugees of racial violence in Malaysia. In the 1970s, most immigrants from Malaysia were of Chinese ethnicity and thus, not surprisingly, settled in American cities with substantial populations of Chinese including New York, San Francisco, Chicago, and Los Angeles.

Beginning in the 1980s under Prime Minister Mahathir Mohamad, Malaysia experienced rapid urbanization and an economic shift from agriculture to manufacturing. No symbol of Malaysia’s urbanization was more obvious than the construction of the César Pelli-designed Petronas Towers, which from 1998 to 2004, were the tallest human-made structures in the world — displaced by Taiwan’s similar symbol of urbanization and then-rising economic power, Taipei 101.

Despite the Malaysian government’s attempts to purge foreign influences from the Malaysian identity, Malaysian cuisine remains undeniably influenced by both its native multi-ethnic people as well as its neighbors and immigrants from more distant states. Similar dishes to those found in Malaysia are found in Chinese, Indian, Singaporean, Bruneian, Filipino, Thai, Javanese, and Sumatran cuisines.

Although their track record is suspect, food writers continually try to forecast what the next “it” cuisine will be and in 2014 the National Restaurant Association declared that it would be Malaysian food, along with Korean and Peruvian, that would be the universally-accepted “top three trending flavors.” There’ve been a few articles written about Malaysian food in Los Angeles including Eddie Lin’s “Now Trending: Malaysian Cuisine is Ready to Shine,” Scott Bridges’s “A taste of Malaysia in K-town,” and Clarissa Wei’s “Malaysian cuisine in El Monte, with or without bull’s balls soup.” I used to eat at Yazmin in Alhambra but it closed, just like El Monte‘s Bull Restaurant, Pasadena’s Kuala Lumpur and Koreatown’s PappaRich — proving that Malaysian food still faces an uphill struggle for the hearts and stomachs of Angelenos and Orange Countians even if the NRA (not that NRA) have assured us that its moment is here… or was supposedly here in 2014.

Malaysian culture conjures up few, if any, stereotypes in the mind of the average American. Malaysian stars Camelia, Daphne Iking, Deborah Priya Henry, Jaclyn Victor, Lee Chong Wei, Nicol David, Shila Amzah, Siti Nurhaliza, Soo Wincci, and Yuna are hardly known here, but by Malaysian-Americans. Nevertheless, as coincidence would have it, two of my small group of semi-regular companions in exploration have ties to Malaysia. 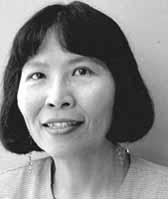 There are several organizations or officials serving or related to Malaysia including the Consulate General of Malaysia, Tourism Malaysia, and Malaysian Association of Southern California (MASC), The Singapore Malaysia (SingMa) Club of San Diego.

As always, if you have any corrections or additions, please suggest them in the comments. Thanks!