“Religious celebrations for St. Patrick’s Day will come two days early in Ireland next year to avoid a conflict with Holy Week. St. Patrick’s Day is usually celebrated March 17, but Ireland’s bishops have shifted the feast day, in honor of the national saint, to Saturday, March 15,”  reported The Associated Press.

Church authorities reportedly spent weeks debating where to move the feast day because March 17, 2008, falls on the second day of Holy Week next year. The liturgical norms would require the feast day to be moved to the earliest available date after Easter, which would be April 1. But church officials said the Vatican approved the March 15 date in order to minimize conflict with the scheduled civic events. While religious celebrations honoring St. Patrick are affected, religious and secular authorities stressed this would not change secular festivities. The St. Patrick’s Festival Committee in Dublin confirmed that next year’s parade would be March 17 as usual. In addition, Monday, March 17, will remain an official day off of work in Ireland. This marks the first time the date has been changed since 1940. The next conflict with Holy Week is not expected until 2160.”

This is news to me! Just to be safe and cover your bases, wear green and drink whiskey on both the 15th and the 17th… and the 18th (Sheelah’s Day — which you honor by drowning the shamrock in whiskey to honor the goddess Sheela-na-gig).

In the face of my enthusiasm for holidays, I often encounter all types of Negative Nellies who, with their cosmopolitan wisdom, frequently let me know that St. Patrick’s Day isn’t that big of a deal in Ireland. To them I offer these facts:

In 2007 Father Vincent Twomey stated, “It is time to reclaim St Patrick’s Day as a church festival.”  He bemoaned the “mindless alcohol-fueled revelry” and added, “It is time to bring the piety and the fun together.”  Well, I’ve got news for you, Father Twomey– all this blarney about St. Patrick chasing snakes off the island is a load of hooey. There were no snakes in Ireland. All he did was popularize a foreign cult and displace indigenous beliefs, including the pre-Christian observances of Bacchanalia on the 17th and Sheelah’s Day on the 18th– events that can’t really be chalked up to coincidence.  So I say, if there’s to be any reclaiming, then let’s reclaim this mindless, superstition-fueled church observance and then return it to its roots in pious, alcohol-fueled revelry.

To meet my “film-related content” quota, I tried to think of some good St. Patrick’s Day movies.  I’ve scanned the internets and everyone seems to suggest two veins of film. On one side you’ve got Darby O’Gill and the Little People, The Magical Legend of the Leprechauns and Leprechaun in the Hood. On the other you’ve got The Quiet Man, The Departed and The Snapper. Ouch. Leprechauns and Irishness hardly seem to be enough. So, here’s what I’ve got that has actual St. Patrick’s day content although it may be slight. 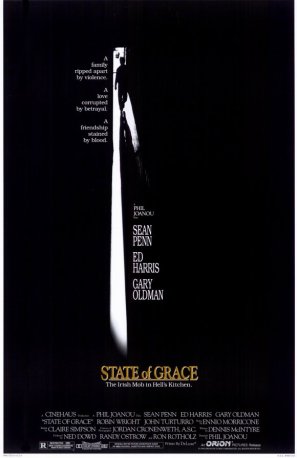 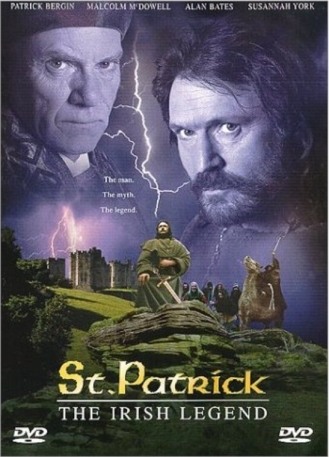 So pinch those not wearing green, maybe (just maybe) watch one of these films and raise a glass for Sheelah-Na-Gig.