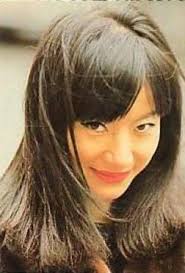 Thiên Hương — better known as “Tiny Yong” is a French singer associated with the yé-yé scene of the 1950s and ’60s. In fact, she was a pioneer on the scene, releasing yé-yé music before notable singers like France Gall and Jacqueline Taïeb.

She was born Tôn Nữ Thị Thiên Hương on 8 February 1944 in Phnom Penh — the capital of Cambodia since 1865 but then part of French-Indochina. Her father was a doctor and her mother a homemaker; both traced their heritage to Vietnam‘s Dương Dynasty. The family relocated to Saigon and Thiên Hương was schooled at Le Couvent des Oiseaux de Dalat, where she learned English, Spanish, and French. In 1958, the family again relocated, this time to a home on La rue Coustou in Paris‘s 18th arrondissement. There, her father continued to practice medicine and her mother opened a Vietnamese restaurant. 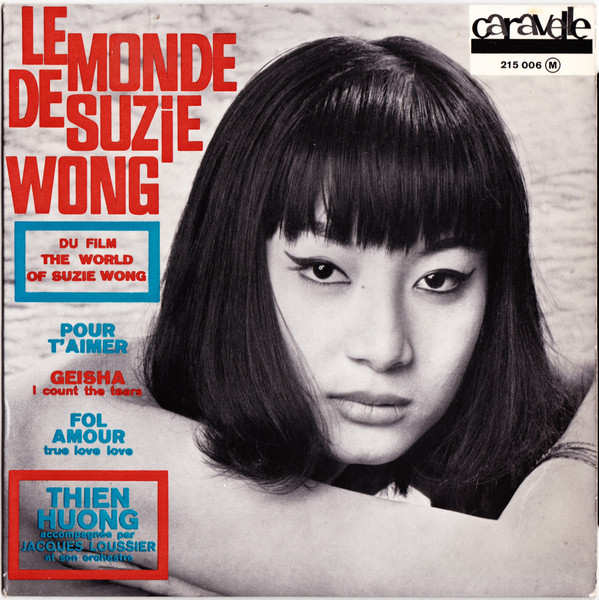 In April, Thiên Hương performed “Si tu cherches ta jeunesse” on the music television series, Discorama, a song intended for an EP which ultimately wasn’t released. She also continued performing at La Table du Mandarin, where she was noticed by filmmaker Robert Hossein, who cast her as “L’eurasienne” in Jeu de la vérité (1961).

Her second audio release was “La Prison de Bambou,” a duet with Jean-Philippe, backed by Jack Ledru et son ensemble, and released by the tiny label, Lotus in 1962. It

was recorded for the 1962 Piero Pierotti film, L’avventura di un italiano in Cina, in which she also appeared as “Tai-Au.” It was released in the US, dubbed in English, as Marco Polo — and with a Les Baxter score.

In November, she returned to Discorama where she performed “L’Oiseau de paradis” — the theme to Marcel Camus‘s film of the same name. For the performance she was accompanied by Elek Bacsik (a cousin of Django Reinhardt) and Henri Salvador (a Guyanese comedian, singer, and producer who co-owned his own label Disques Salvador with his wife, Jacqueline).

In December, Thiên Hương appeared on another television program, La Tournée des Grands Ducs, this time joined by her sister Bạch Yến, with whom she duetted on “Les Fées du crépuscule.”

Shortly after, Thiên Hương signed a deal with Disques Salvador, where Henri and Jacqueline came up with a new nom de scène, “Tiny Yong.” The couple hoped to fashion her into a rock ‘n’ roller along the lines of Jacky Moulière. Henri Salvador also owned a club, L’Alhambra, where Thiên Hương began singing songs popularized by American girl groups. Her first recording for Disques Salvador was “Tais-Toi Petite Folle” with Christian Chevallier. The A-side was a French language cover of Helen Miller and Howard Greenfield‘s, which had been a big hit for The Shirelles just weeks earlier. The B-side was a French cover of Roy Orbison‘s “In Dreams” titled “En rêve.”

Her next release was the 10″ album, Je Ne Veux Plus T’Aimer, the title track a cover of Goffin And King‘s “I Can’t Stay Mad at You” adapted into French by Hubert Ithier.

For the next few years, Tiny Yong was a regularly featured performer on television, radio, film, and in print ads for companies including Bic and Odilène; all the while releasing 7″ EPs on Disques Salvador and Rigolo (the Salvador’s other label). In March 1964, she performed “Les garçons m’aiment” on the program, Âge tendre et tête de bois, for which she was introduced by Albert Raisner as “la yéyé du pays du sourire” (even though it’s Thailand which is sometimes referred to as “the land of smiles.” In April she appeared as “La chinoise ” in the Henri Decoin film, Les Parias de la gloire. She next performed on Les Raisins verts and twice on La grande farandole.

Yong’s final release on Rigolo was “Mon Futur Et Mon Passé” in 1965. A second appearance on Tête de bois et tendres années — on 27 April 1966 — proved to be her final television performance. Following a disagreement with the Salvadors, she parted ways with them. 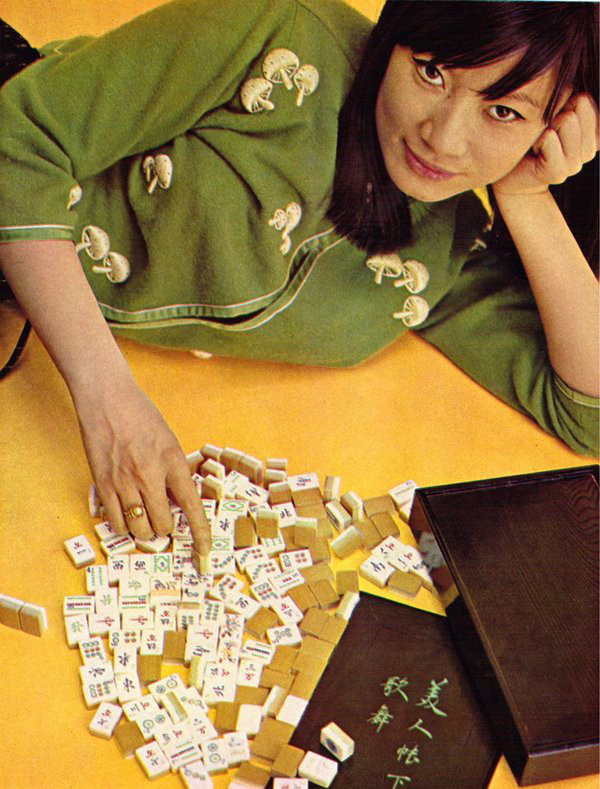 Hương returned to Saigon, in 1968 — the year the Tet Offensive marked a major turn in the Vietnam War. There she resumed performing at cabarets before deciding to retire from public performance. In 1970, she returned to France where she appeared on an episode of Allô police titled “La pantoufle de jade.”

It was also in 1970 that she opened the first of several restaurants — first in Paris, then in Saint-Germain-des-Prés, followed by Pont de Jade in Pont-sur-Yonne, and finally in Montpellier, where she resides today. She married An Nguyên Ngoc and the two had a daughter.

Naturally, Thiên Hương/Tiny Yong’s vinyl catalog is out of print but her music has been thrice compiled by Magic Records on compact disc: La Collection Sixties Des EP’s Français, Tiny Yong – L’integrale 1961/1965, and the two-disc Tiny Yong – L’Intégrale Sixties. In 2017, a duet with Trần Văn Trạch of Nguyễn Văn Đông‘s “Chiều Mưa Biên Giới” was released 57 years after it was recorded.