I only discovered the music of Korean band-cum-solo project, Linus’ Blanket, a couple of years ago, through singer (and now sole member) Yeongene’s

collaboration with BMX Bandits, of whom I’ve long been a fan. Sadly, BMX Bandits are barely known in the US — and the same is true of Linus’ Blanket. However, whereas at least the English-speaking music press and hip music fans are at least familiar with the Scottish indie legends, Linus’ Blanket/Yeongene seems to be mostly known to music fans in Korea and Japan. If you like the music of Margo Guryan, you need to check out Linus’ Blanket.

For the past twenty-ish years, Korea has produced its share of pop music — mostly in the form of highly commercial, plastic K-pop bands with five to thirty members of similar, bright, shiny-skinned and bright-eyed appearance — the music of which is written by producers and designed to appeal to the magpie tendencies of children. However, if you’re an adult in search of something more substantial, it’s a lot to sort through, which is where Linus’ Blanket come to the rescue.

The more you hear Linus’ Blanket, I suspect, the more you will appreciate their music. Such was the case with me, anyway, and last year I asked Yeongene whether or not she had a fan page so that I could be informed of any performances in the Los Angeles area. She pointed me to the Linus’ Blanket page on Facebook and gave me the inside scoop on an as-then-unannounced performance scheduled to take place in Seoul on what happened to be the eve of my birthday and which, by another coincidence, was the date that I’d be arriving in that city for my annual birthday trip. When the performance was announced, tickets sold fast and was worried that I’d not be able to attend because the ticketing website required registration using a Korean phone  — which I don’t have. Yeongene then graciously took steps which allowed me to get the tickets and I was thus able to enjoy (though jetlagged) a memorable performance at the Maria Callas Hall in Gangnam.

Out of affection for the music of Linus’ Blanket, for as reference for both myself and the English-reading world, and because they’ve come up several times in my writing — I’ve attempted here to cobble together a biography/timeline/discography of sorts. Most of my sources have been either Korean or Japanese — two languages with which my proficiency can best be described as “sub-elementary” — so there are bound to be mistakes and omissions for which I apologize. If you have updates, corrections, or additions — I encourage you to leave comments and thanks in advance.

Yeongene’s full name is 왕연진 (Yeongene Wang), and she was born 15 October 1981. As a child, she took piano lessons. At some point, Yeongene discovered her role model, Blossom Dearie, the American jazz singer who sang with a distinctly flirty and girlish voice along the supper club and cabaret circuits in the 1950s and ‘60s. Yeongene’s vocals, sung in both Korean and English, are reminiscent of Dearie’s, although they’re certainly unlikely to mistaken for one another.

The five original members of Linus’ Blanket first convened for the purpose of performing at a Christmas party. The inspiration of their name will be obvious to fans of the beloved Charles Schulz comic strip, Peanuts, as a reference to character Linus van Pelt’s ever-present security device. The band sufficiently enjoyed and opted to try their hand at composing original material together.

The first recording by Linus’ Blanket appeared in 2003, with the release of the six-song Semester, released by the then-fledgling Korean music label, Beatball.

The four-track Labor in Vain (2005) included the title track, a reprise of the title track and the songs “Walk” and “Signal Waltz.” The band line-up included the group’s original members with the addition of 이상준 (Sang June Lee) on guitar, and with Yeongene adding flute and keyboards to her credits.

2006 marked the first time Yeongene recorded under her own name, rather than as Linus’ Blanket although, somewhat ironically perhaps, one one of her new recordings was her own compositions, the song “Gray Noise,” which appeared on the soundtrack to the film,  백만장자의 첫사랑 (A Millionaire’s Love). That same month, as Yeongene & BMX Bandits, she sang on the four-track Saveoursmiles, composed of three Stewart/McDonald compositions and a Daniel Johnston cover. In June she returned with Me and My Burt, a collection of twelve Burt Bacharach compositions on which she’s aided instrumentally by Stewart, Stevie Jackson (of Belle & Sebastian), Gabriel Telerman (of The Pearlfishers), Eugene Kelly (of The Vaselines), Norman Blake (of Teenage Fanclub) and other (mostly Scottish) musicians.

In 2007, Linus’ Blanket contributed the song “Don’t Call It Puppy Love” to 강아지 이야기 (Story Of Dogs), part of a two-disc set released by Mint Paper Project with 고양이 이야기 (Story Of Cats). In 2008, Yeongene provided the vocals on a song, “Wgirl,” by APLS (for another Mint Paper Project compilation) and recorded a duet version of “Sexual Healing” with Spanish band, La Casa Azul. Linus’ Blanket’s “You’re Not Alone” appeared on the soundtrack of the MBC series, 트리플 (Triple). In 2010, Yeongene vs BMX Bandits and Me and My Burt were combined and released (with two Rod McKuen covers) as Bonnie Gene: Yeongene in Scotland.


The promo video for “Show Me Love.”

From 2011 on, “Linus’ Blanket” and Yeongene would be one-in-the-same. Linus’ Blanket released the full-length, Show Me Love. Yeongene had begun working on the album in 2007 but the completed album didn’t appear until August 2011. On it, Yeongene played sang, played keyboards, and was backed by Doe Jaemyoung (drums), 이상준/Sang June Lee (guitar), and 정중엽 (Jeong Joongyeop from Kiha and the Faces, guitar and bass guitar). It was mixed by DJ Soulscape and co-produced by Linus’ Blanket and 김경모 (Kyungmo).

Over the intervening years, several new recordings by Linus’ Blanket/Yeongene appeared. The song “청춘” (Youth) appeared on The Loner, a compilation of Beatball musicians released with an art book by Seoul-based design studio, Sticky Monster Lab, in 2011. “See You My Dream” appeared on the compilation, SAVe tHE AiR GREEN CONCERT Vol.2, which appeared in 2012. Yeongene reunited with BMX Bandits (and Japanese band Tenniscoats) to provide vocals for “Standing Still.”
New song, “Parade,” appeared in 2013. Another winning composition, “Late Love” appeared in 2014, on the third season of the tvN drama, 로맨스가 필요해 3 (I Need Romance 3).


Promotional video for the 2014 film, Mommy, and the Linus’ Blanket title track


Promo video for “Love Me”

In 2015, Linus’ Blanket’s appropriately bouncy “Kangaroo” was featured as the theme for the 2015 tvN series, 호구의 사랑 (Hogu’s Love). In 2016, Yeongene leant her vocals to Tearliner‘s “What is this Feeling?” 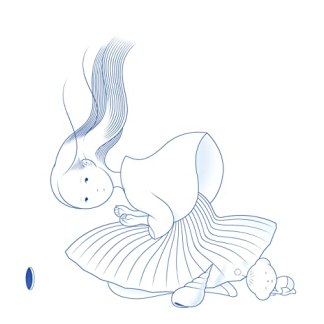