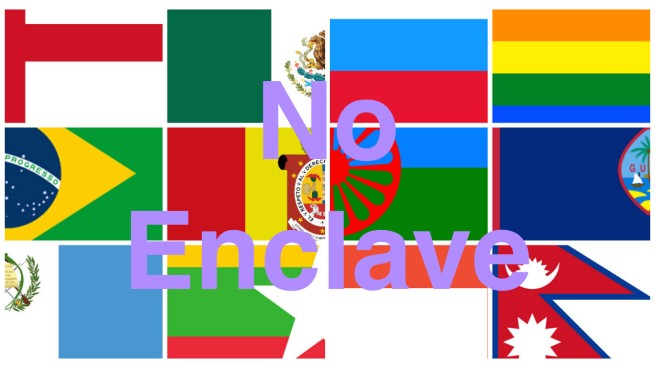 As of 2015, an estimated 48.4% of Angelenos were “Hispanic of any race.” The majority of Hispanic and Latino Angelenos are of Mexican heritage but the region is also well known for being home to the largest populations of Salvadorans and Guatemalans outside of their home countries. Often overlooked are the region’s smaller Latino populations, the subject of this series of No Enclave posts written on the occasion of National Hispanic Heritage Month. 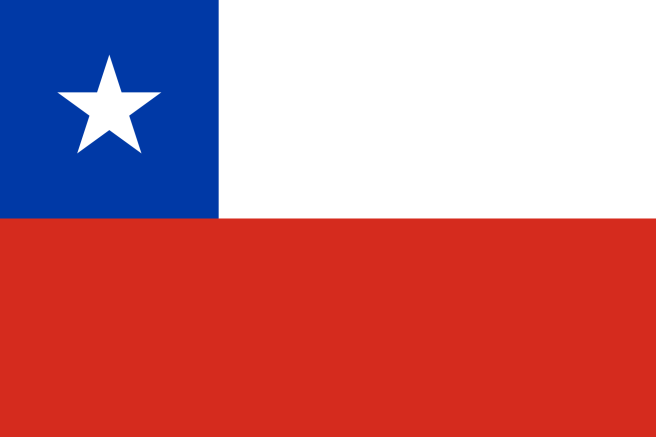 As of 2010, there were 10,471 Chileans living in the Los Angeles area, making it the third largest community of Chilean-Americans after those of Miami and New York City. That same year, 126,810 Chilean-Americans were counted by the census, with the largest number (24,006) living in California.

Although some Chileans came to California as early as the Gold Rush, most Chilean immigration to the U.S. has occurred since the 1990s, with most Chileans arriving in search of better academic or economic opportunities. In earlier years, most Chilean-Americans were political asylees and refugees, fleeing the bloody dictatorship of Augusto Pinochet.

More often than they struck it rich, Chilean prospectors found steadier work in Northern California as bakers, bricklayers, and seamen and their presence is still reflected in California place names like Chileno Valley, Chili Bar (a mining camp founded by Chilean miners run out of Garden Valley), and Chili Gulch (aka Chile Gulch). The streets of California towns — especially those in areas settled by Chileans — often have Chilean names, including Calera, Santiago, and Valparaiso.

The next major impetus for Chilean immigration was the Chilean coup d’état of 1973. On 11 September, democratically elected Socialist president Salvador Allende was overthrown by the Chilean armed forces and national police — aided by the CIA. The US had waged a propaganda campaign against the Chilean Left since the end of World War I, with the goal of turning Chile essentially into an American dependency. Between 1963 and 1973, the CIA covertly funneled tens of millions of dollars into Chilean elections but nevertheless, Bay of Pigs Invasion-critic Salvador Allende was elected president in 1970. The US punished the people’s decision but cutting most aid and hoping to encourage the political defeat, overthrow, or resignation of Allende, the Nixon administration secretly funded anti-government media and labor unions. The coup occurred on September 11th, 1973, and as troops surrounded La Moneda Palace, Allende vowed not to resign, but later that day apparently shot himself with an assault rifle. Pinochet then assumed power and from 1973 till the end of his reign in 1990, up to 3,095 Chileans were murdered, 30,000 tortured, and 80,000 were forcibly interned. Facing this reality, many Chileans fled the country, with most settling in Argentina or the US — today home to the largest populations of Chileans outside of Chile.

Chileans are mostly of European, Native, or Mestizo ancestry although racial and ethnic identification is largely based upon class biases and internalized Colonial mentality so most Chileans, despite their actual ancestry, self-identify as white European-Americans. Attempts to more accurately measure Chileans’ ethnic admixture have yielded varied results. Most suggest that European-Chileans comprise anywhere from 30-60% of the population and that mestizos comprise from 40-60%. However, most agree that Native Chileans comprise about 5% of the population and that post-independence immigrants account for less than 2% of the population, with most with ancestral origins in either Croatia, France, Germany, Hungary, Italy, Palestine, or the UK.

What’s now Chile was first settled at least 12,000 years ago. The Mapuche, who number some 1,700,000 today, were the predominant population. Along with the Chumash and Tongva of Southern California, they were the only Native Americans known to have taken to the high seas. The Polynesian Rapa Nui, believed to have settled Easter Island between 300 and 1200 CE, may’ve had contact with the Mapuche. The Incas extended their empire into the north met fierce resistance during their incursions in 1460 and 1491 into the south from the Mapuche and subsequently, the Maule River became the border between the two nations.

Spain conquered Chile after an expedition undertaken in 1537. The Chilean War of Independence was fought from 1810–1827. The Republican era (1818–1891), Parliamentary era (1891–1925), and Presidential era (1925–1973) followed. In 1987, Pinochet’s government passed laws allowing for the creation of political parties and the opening of national registers of voters. In 1989, the majority of Chileans voted for Christian Democrat Patricio Aylwin and Pinochet stepped down. The years since 1990 have been marked by a transition to democracy. 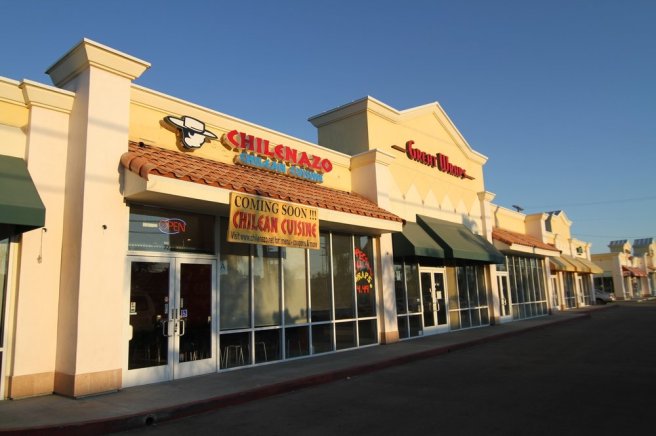 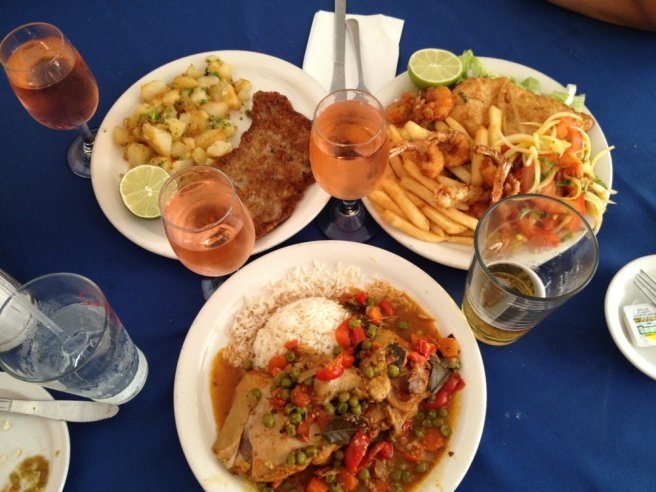 Given the long coastline, it should come as no surprise that various crustaceans, fish, mollusks, as well as various sea vegetables such as carola, cochayuyo, and sea lettuce. Other indigenous Chilean ingredients include aji verde, avocados, various beans, cherimoya, maize, murta (or murtilla), nalca (or pangue), potatoes, quinoa, and popular pre-Columbian dishes include humitas and locro. Wormseed (Dysphania ambrosioides) is used to make an herbal infusion, paico, and mate was also popular. Lucumas are a popular indigenous dessert. 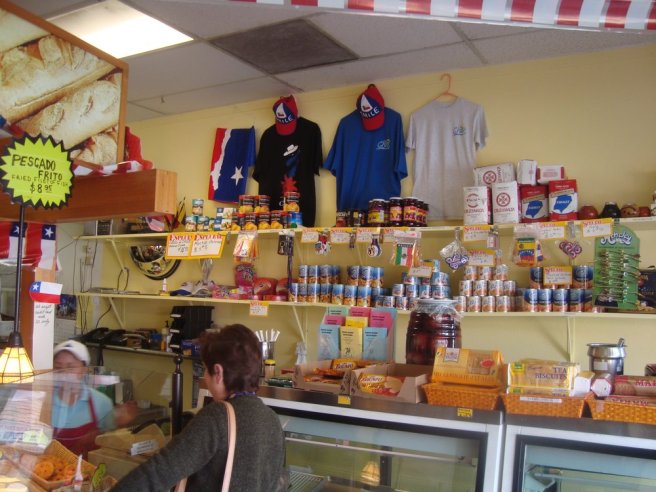 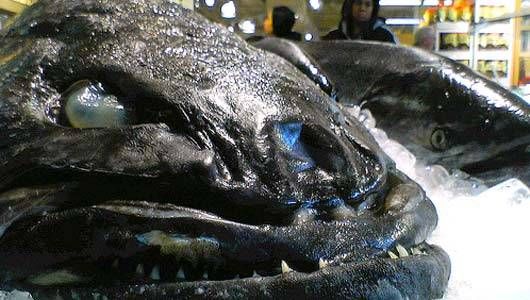 Chilean cuisine is not especially well-known in the US and it’s a safe bet that most people associated “Chilean food” with the “Chilean sea bass,” the fish formerly known as Patagonian toothfish (Dissostichus eleginoides) but famously rebranded to make the ugly fish more palatable. Although found in Chile (where it’s known as bacalao de profundidad), it’s not limited to the coastal waters of that country and is found in all of the Earth’s oceans but the Arctic. 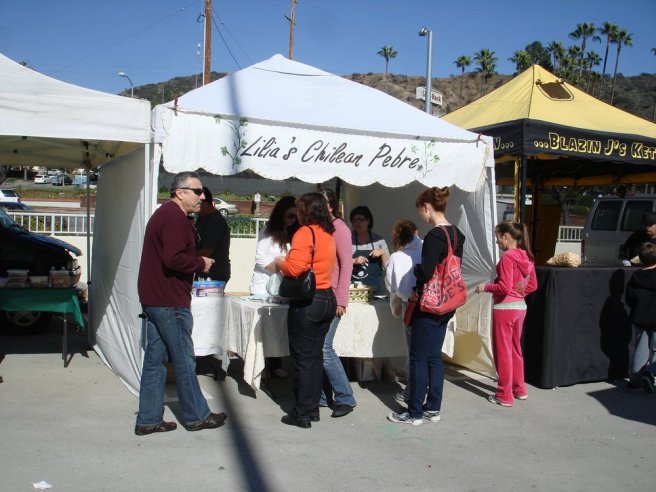 Locally, there are a handful of Chilean restaurants. The oldest is probably Rincon Chileno Delicatessen, which in 1973 was opened in Dayton Heights by Ricardo Flores. Others include Chilenazo Empanadas & Chilean Food (Canoga Park),  and Rincon Chileno Delicatessen (Lawndale). Lilia’s Chilean Pebre, a Chilean food stand, is regularly present at the Eagle Rock Farmers’ Market.

People living in what’s now Chile with distinct folkloric music traditions include the Alacaluf, Atacama, Haush, Mapuche, Selk’nam, and Yaghan, amongst others. Inca music was influenced by elements of the music of the Chimú, Colla – Aymara, Nazca, and other cultures. According to some sources, the Inca were the first American culture with a formal music education. Popular folk music traditions include the cueca and tonada.

In the 19th and early 20th century, European music was dominant. The 1920s saw the rise of so-called música tipica. The Nueva Canción movement arose in the 1960s and flourished in Chile and elsewhere in South America. The Nueva Ola brought rock music, and hip-hop found an audience in the 1980s. The 1980s and following decades brought some of my favorite pop performers, including Los Prisioneros, Lulu Jam!, and Javiera Mena. In 1999, whilst suffering from a head cold, I drove to Anaheim because JC Fandango claimed Los Prisioneros were going to play — even though they’d disbanded in 1991. Not surprisingly, they were no-shows. Javiera Mena is scheduled to next play in Los Angeles on 3 November. Lulu Jam!, as far as I know, have yet to play Los Angeles.

Benny Mardones – “Into the Night”

Los Angeles is or has been home to Chilean-Angeleno musicians, including Álex Anwandter, Tom Araya (bassist and vocalist of Huntington Park‘s Slayer), Elizabeth Schall (vocalist/guitarist in Dreaming Dead, The Iron Maidens, and Winterthrall), Francisca Valenzuela (singer), Benny Mardones (songwriter and singer of “Into the Night“). From 2001–2007 Los Angeles was home to the group, Los Abandoned, led by Chilean-American singer, keyboardist, and guitarist Pilar “Lady P” Diaz. 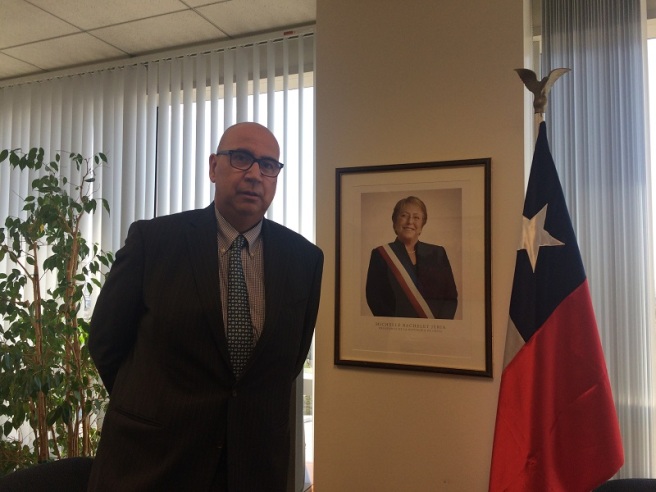 The Chilean Trade Bureau does and the offices of the Consulado General de Chile en Los Angeles are both located in Carthay Circle‘s 6100 Wilshire Boulevard building.

Brightwell has written for Angels Walk LA, Amoeblog, Boom: A Journal of California, diaCRITICS, Hidden Los Angeles, and KCET Departures. His art has been featured by the American Institute of Architects, the Architecture & Design Museum, the Craft & Folk Art Museum, Form Follows Function, Los Angeles County Store, the book Sidewalking, Skid Row Housing Trust, and 1650 Gallery. Brightwell has been featured as subject in The Los Angeles Times, Huffington Post, Los Angeles Magazine, LAist, CurbedLA, Eastsider LA, Boing Boing, Los Angeles, I’m Yours, and on Notebook on Cities and Culture. He has been a guest speaker on KCRW‘s Which Way, LA? and at Emerson College. Art prints of Brightwell’s maps are available from 1650 Gallery. He is currently writing a book about Los Angeles and you can follow him on Ameba, Facebook, Goodreads, Instagram, Mubi, Twitter, and Weibo.