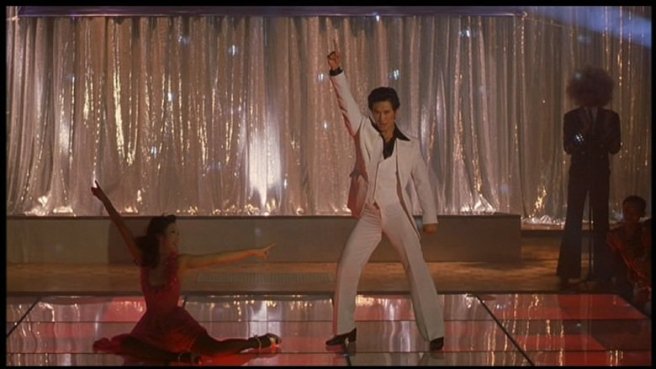 Although the title of this piece might suggest a playlist for Asian fetishists, it’s intended to be more of a selection of songs which I think reveal something deeper or at least more interesting about changing attitudes toward Asia and Asians in the mainstream Western collective consciousness. Thus there is no “Big in Japan” or “Turning Japanese,” which don’t seem to have much to do with anyone besides the singer. Although it might be interesting, there are also none of those blatantly hateful racist songs popular in the early 20th Century like “The Wedding of the Chinee and the Coon,” “Chink Chink Chinaman,” “Chinese and the Coon,” and “The Coon and the Chink” which, without having listened to them I think probably reveal all that they’re going to in their titles. I’m also not including David Bowie and Iggy Pop‘s “China Girl” or Julian Cope‘s “China Doll,” which seem kind of creepily possessive but I reckon ultimately don’t mean much. The following songs I think point to something slightly deeper than outright racism  or mere fetishization and even if I’m critical of a few at the end of the day I’m a fan of all but one.

BUCK OWENS – “MADE IN JAPAN”

“Made in Japan,” written by Bob and Faye Morris, proved to be Buck Owens‘s last hit when it was released in 1972. The lyrics reference the Japanese practice of omiai and the comment about a transistor radio being “made in Japan” say something about both the exportation of American manufacturing whilst also reflecting the Western fear of Japan’s technological innovations. Throw in an attempt at an “eastern” melody sung by a guy who looked like Fred Armisen in a cheap blonde wig and you’ve got yourself a hit!

Deep Purple are the rare exception to my almost total love of any late-1960s/early-1970s heavy psych/proto-metal band. To my ears they’re like a satire of that era, like Spinal Tap, except that Spinal Tap actually had better songs. Well, “Hush” is pretty good but that’s a cover of a Billy Joe Royal hit written by Joe South. “Space Truckin'” is so dumb that it’s almost enjoyable but I still can’t listen to it all the way through. “Woman from Tokyo” with lyrics like “My woman from Tokyo, She’s so good to me” and “Talk about her like a queen/Dancing in a eastern dream” perfectly express the reductive exotic fantasy that Frank Chin and Jeffery Paul Chan had characterized as “Racist Love” in an article of the same name, coincidentally published the previous year. The song appeared on the album, Who Do We Think We Are, which proved to be the original line-up’s last, as the split up after a performance in, of all places, Osaka.

Having heard many a rock song, when I see the word “baby” in a rock song, I naturally assume that it refers to an adult woman and not a newborn. New York Dolls‘ “Vietnamese Baby,” seems to be the odd exception. The song, included on their eponymous 1973 debut and as the B-side for “Jet Boy” refers not to David Johansen‘s em, but the war then still in full swing and seems to have to due with collective guilt about atrocities than love. Just as “baby” is almost never, in western pop music, a reference to infants, Vietnam remains almost always a reference to a war rather than a place.

AL STEWART – “YEAR OF THE CAT”

Rather than announcing itself, Al Stewart‘s “Year of the Cat” sort of slunk like a feline into my awareness and I have no idea when I first heard it but at some point I thought to myself, “this is a nice song… is it about cats?” When I was writing a piece titled “9 Songs About Cats” I listened to it a bit more closely. Lyrics like”She comes out of the sun in a silk dress running/Like a watercolor in the rain/Don’t bother asking for explanations/She’ll just tell you that she came” and “Well morning comes and you’re still with her/And the bus and the tourists are gone/And you’ve thrown away your choice and lost your ticket/So you have to stay on” made me wonder whether this pretty song wasn’t about something much uglier — like sex tourism. The song was released in 1976. 1975 was, incidentally, the year of the cat according to the Vietnamese zodiac. Maybe not all references to Vietnam are about war afterall!

The obsession of many non-Asian’s with epicanthus strikes me as a particularly bizarre objectification. I’m reminded of the time a customer at Amoeba approached me with a DVD of Danny Pang Phat and Oxide Pang Chun‘s The Eye and for some reason shared with me his observation that it was amusing to him that Asians would make a film called, The Eye. Then there are those assholes who have pictures taken of themselves making squinty eyes whilst on vacation in Asia. Thankfully, German pop star Fancy‘s lyrics are too obscure to be offensive. “Fire in your eyes – get those Chinese eyes/fire in your veins – chains and pains.” Say what, now? This is the guy, after all, whose biggest hit (“Slice Me Nice”) includes lines like “I’m like a cake that wants to be baked/I’m like a pie made for hungry guys.” Maybe he was making an attempt to appeal to his fanbase, which is (in the US at least) 99% Vietnamese.

Joy are a Eurodisco trio from Austria, which formed in 1984. They had a club hit with 1985’s “Lost in Hong Kong,” the lyrics of which are as inscrutable as all the best Eurodisco invariably is. Sample lyrics include “Maybe I’ll meet you up in heaven/Or heaven is here in Hong Kong/oh Maybe we’ll meet in a better world /And I’m leaving the world in Hong Kong, oh.” In the western imagination, Asian metropolises like Hong Kong and Tokyo have been used to suggest the exotic — why else would James Bond visit them in You Only Live Twice, Diamonds Are Forever, The Man With the Golden Gun, and Die Another Day. In You Only Live Twice, in fact, Bond even manages to pop into both cities and in the process don some of the least convincing yellowface makeup in cinematic history.

Perhaps it was because they’d had a hit with “Lost in Hong Kong” that Joy decided to record another song about Asia — this time with the unapologetically fetishistic “Japanese Girls.” Almost every line of the song begins with “Japanese Girls” and is then elaborated by a series of observations like “they’re always in my mind,” “make me feel good, just like in Heaven” that are, to me, so creepy and yet… like Steven Bolstad, the subject of Debbie Lum‘s Seeking Asian Female, they seem so goofy and earnest that rather than outraged I just feel slightly embarrassed and amused.

Gina T is the stage name of singer Gina Tielman, who is unique among the performers on this list because although she’s Dutch by birth, she’s Indonesian by ethnicity and thus, Asian.  “Tokyo By Night” was released in 1990 and was included on her 1991 album, You Really Got Me. The title almost sounds like a play on the popular and long-running Vietnamese language variety show, Paris By Night, which in the 1980s moved its production from Paris to Little Saigon in North Orange County. On Paris By Night it’s not at all uncommon for contestants to sing covers of Eurodisco songs — which most Vietnamese-Americans that I know refer to as Vietnamese New Wave. A couple of years ago Vietnamese-American interpreter of Eurodisco songs, TQ, released her first original song, “Let’s Go to Tokyo,” written by German singer Mirko Hirsch. If all of this cross cultural dialogue leaves you disoriented, you’re not alone. A few years ago I went to see Gina T perform and the woman in front of me in line asked me, a blue-eyed man of (presumably) Anglo-Saxon background “Are you Vietnamese?”