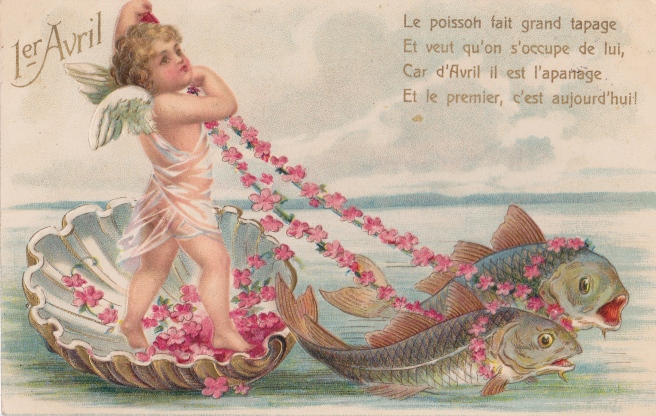 April Fools’ Day (or All Fools’ Day) is celebrated 1 April, as we all know. The earliest likely written reference is in Geoffrey Chaucer‘s Canterbury Tales back in 1392. In 1509, a French poet referred to a poisson d’avril, likely a reference to the holiday. John Aubrey’s 1686 mention of “Fooles holy day” is the earliest explicit reference to the holiday known in England. There are various theories about its origin but they all seem specious at best.

The first film I know of that dealt with April Fools’ Day was Shirley Mason‘s 1911 short, April Fool. Fred Walton starred in a short of the same name in the same year. 1918’s Wharton film followed. In 1920, April Fool, starring Charley Chase, was released.

There’s also a 1926 film of the same name, about a man who operates an umbrella business.

Back in the USA, Jack Lemmon co-starred with Catherine Deneuve in The April Fools (1969).

Years later, April Fools (2007) followed their inspiration, albeit with an “urban” twist.

One thought on “April Fools Flicks!”